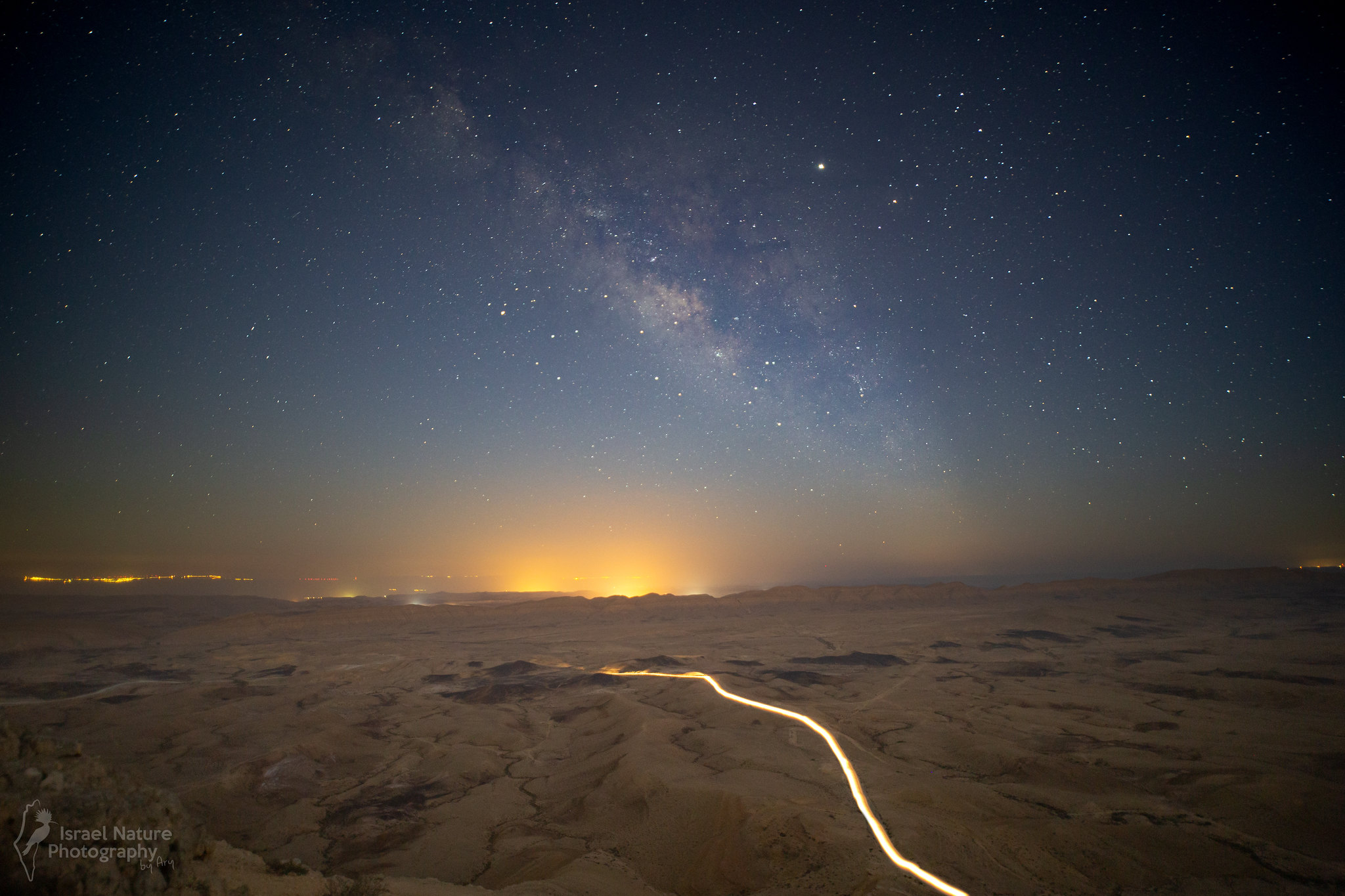 For several years now, I've been hunting the origins of transhumanism. One of the significant mysteries in this story is the first time the word "transhumanism" shows up in English.

Until recently, the first appearance of "transhumanism", was credited to Julian Huxley's 1957 essay of the same name. Here, Huxley proposes a new philosophy of humanity, seemingly coining both the word and the philosophy at the same time:

The human species can, if it wishes, transcend itself — not just sporadically, an individual here in one way, an individual there in another way, but in its entirety, as humanity. We need a name for this new belief. Perhaps transhumanism will serve: man remaining man, but transcending himself, by realizing new possibilities of and for his human nature.

Huxley, however, was friends with Pierre Teilhard de Chardin, and wrote the forward to Teilhard's book "Phenomenon of Man" (published in 1955, written in the 1930s). In his forward, he praises Teilhard's thought, but expresses a wish to separate himself from Teilhard's religious roots.

It would not be much of a stretch to see Huxley's transhumanism as a secularized version of Teilhard's vision. And in fact, Teilhard himself was already using similar terms. In 1949, Teilhard de Chardin was using words like "trans-humanizing" and "trans-humanity":

Liberty: that is to say, the chance offered to every man (by removing obstacles and placing the appropriate means at his disposal) of ‘ trans-humanizing ’ himself by developing his potentialities to the fullest extent. (The Future of Mankind, 1949)

In consequence one is the less disposed to reject as unscientific the idea that the critical point of planetary Reflection, the fruit of socialization...represents...not an ending of the ultra-human but its accession to some sort of trans-humanity at the ultimate heart of things. (The Future of Mankind, 1951)

This suggests a prior history for both the word and the concepts. And indeed, Peter Harrison and Joseph Wolyniak have tracked down a prior use of the term, in W. D. Lighthall's 1940 essay for the Royal Society of Canada: "The Law of Cosmic Evolutionary Adaptation: An Interpretation of Recent Thought".

Unfortunately, this work has been incredibly hard to get hold of. It appears to remain in only one or two research libraries, undigitized, and inaccessible to public view. At one point, I sent someone to one of these libraries to take a look, and when the research librarians went to retrieve it, the work had gone missing.

But today, after years of waiting, I was finally able to view a copy of its pages.

And I understand a bit more of its context.

W.D. Lighthall begins by arguing that evolution shows signs of purposiveness and direction, and that it emerged from the energy of the Sun—an energy that not only spreads in all directions, but which comes from a stellar phenomenon that is repeated endlessly throughout the universe.

Rationally, the stars are as full of life as they are of light.

But we should not think this life must be protein-based like our own. Indeed, all that is needed to serve as a substrate for life is the functional ability to receive and adapt. And so proteins must be part of a much larger family of living substrates.

And this tells us something about our own future. Contrary to the pessimism and fear that many scientists evoked about the future of the Solar System, Lighthall argues that radiation supports life, and so life will adapt to the future changes of radiation, growing stronger and more elevated no matter what those changes are.

And this means the future of life is not just safe, but radically expanded.

And, since all the newly discovered cosmic bodies can be our future realm, there comes the aspiration of a New Empire for the human race, not limited to some vegetation on Mars, some phase of water, or a scanty oxygen, on Venus...
What shall be our locomotion through that New Empire? Certainly not by our protein bodies. Is it presumably by that electronic locomotion by which we arrived from the Sun...

The forms of motion through the cosmos are unlimited. The substrates that we may bring to life are unbounded. The joys that await life on the cosmic stage are infinite.

And the fact that this awaits us is closely connected to the fact that life must have already attained it. Life reaches far beyond us, and owing to its unlimited age and pervasiveness in time, it reaches far above us as well.

Logically, owing to its infinite age and its varied immensity, it should contain far more marvellous beneficent and progressive devices than its branch, the protein Terrestrial Evolutionary Adaptation, which is a young offshoot.

The expectation that this is true is what fuels our confidence that we may expect this for our future—that we can rise to participate in the glory and wonder of life at unlimited scale.

I look to the Cosmic Source of all earthly thought as the necessary Director of larger thought in the Cosmos; and to the Source of Progress in Cosmic Life for the vaster Goals of activity beyond, with fairer joys and unspeakable revelations, forever increasing.

It is in this context that Lighthall introduces the term "transhumanism":

Over all, we should remember Dante's supernal principle:
Trasumanar significar per verba Non si porria.
["Words cannot tell of that transhuman change"]

and Paul's Transhumanism: "Eye has not seen, nor ear heard, neither has it entered into the conception of man."

Along the same line of thought, the reasons appear good in favour of Undying Life in the Cosmos.

Lighthall is arguing for nothing less than a cosmic Kingdom of Heaven. Life that reaches from the unimaginable heights of existence down to the cells of our bloodstreams. Life that is united by joy, and progress, and love.

it is...always inventive, adaptive, progressive, and above all Affective, i.e. it deals with joy and pain. Its fundamental principle is the cosmic production of permanence and happiness, and flight from pain and destruction.

In evoking Paul and Dante, Lighthall is arguing that the ascendence of life has no limits, and far exceeds our imagination. And that, just as in Paul and Dante, the very nature of this transcendence assures us of our own place within it.

Ethically, this picture fits well into the essentials of Christianity—itself the highest product of the Terrestrial Evolution. Jesus, the Scholar of the lily, the sparrow, and the Kingdom of the Father, was this kind of an Evolutionist.

This is where it all leads. For Lighthall, all existence is contained within an infinite, expanding ecosystem, a cosmic Kingdom of Heaven, knit together by unthinkable modes and forms of life—a life that we humans are invited to rise and participate in. And in such a universe, we could have no better teacher and guide than the one who saw in lilies and sparrows, the very principles of everlasting life.

It appears, then, that we stand near one of the significant headwaters of transhumanism.

Here we have a source that anticipates substrate-independent life, that imagines interstellar travel, that assumes life may adapt and thrive far beyond the death of our solar system, that imagines minds both radically different and deeply similar to our own, and that anticipates our transformation into creatures beyond all known limits.

Here we have a source that seems to anticipate some of the ways the Simulation Argument and the Fermi Paradox connect questions about ultimate life with our own expectations of the future.

And here we have a source that is inspired by a combination of scientific understanding and religious visions.

This is a profound transhumanism. And as it stands today, it appears that the earliest known use of the term "transhumanism"—was describing a Christian Transhumanism.